You are here: Home / Fear of People 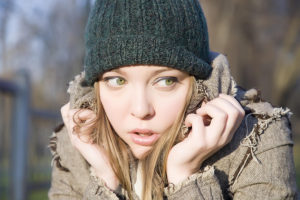 Fear of People Hypnosis and Self-Hypnosis

Hesitantly you look around.  As you suspected,  all eyes are on you.  They can see right through you.

A nightmare? Well, sort of. It is a description of a typical incident in the life of people with social fears. When a true phobia, it is defined as an irrational and excessive fear of other people. The Social Phobia Association estimates that 7% of all Americans suffer from it. Shame and embarrassment are their most common emotions.

Severity ranges from discomfort to immobilization. Sometimes the phobia centers on people in particular situations  or particular kinds of people. Large gatherings. Strangers. Authority figures. Dating situations. Other times it is more generalized extending to family members and other people supposedly close and non-threatening. The social phobic feels as if he or she is being constantly judged, and found lacking.

How do people who fear other people and social situations cope? Often they respond in a very understandable way. They avoid any potentially threatening social interaction. They turn down invitations. They isolate. Often they lead lonely lives of extreme avoidance and self-inflicted isolation.

What causes fear of people and genuine social phobia? Probably a combination of an innate sensitivity and lack of emotional support perhaps even oppression, in childhood.  Social phobia is a learned emotional response. Just as we learn to speak, ride a bike, read and handle the myriad challenges associated with life, we learn how to perceive  ourselves in relation to other people. The social phobic defines him or herself as less than others.

The good news is that there is hope for the socially fearful person. If you are not formally diagnosed as a genuine social phobia and require medical attention, hypnosis and self-hypnosis can help you break free. Even if you are under a physician’s care, hypnosis in conjunction with psychiatric treatment can accelerate your progress and I am happy to work with you, your physician and/or licensed mental health counselor to help you break free.

Sadly, support groups are few and far between so one-on-one hypnosis and hypnotic coaching may be your best answer for support to complement medical treatment. This is possibly due to nature of the phobia. If you are interested in starting one yourself, you should visit https://socialanxietyinstitute.org/successful-social-anxiety-groups.   They offer support for people including starting and running support groups.  You might also try www.socialanxietysupport.com and www.socialphobia.org  for information and support.

Hypnosis adds another dimension by implanting new thinking patterns as post-hypnotic suggestions. Hypnotic suggestions can help the client raise their self-image as they learn to see themselves as worthy, whole, complete and equal to any and all whom they might meet. Hypnosis and visualization also allow the client to “practice” new behaviors within the safety of a hypnotically induced sensation of relaxation and peacefulness. In this way the client can gradually desensitize him or herself before reinforcing these ideas in real life.

No Vomiting
“Good Morning John, I just wanted to take a minute to give you an update regarding my son Tommy I'm not sure if you remember ( I know you see many) but Tommy had the nervous stomach issue were he would get nervous and vomit when going to public places.  More importantly, we were very concerned on how he would react going to a new school (High School) and taking the bus for the first time. Since we last saw you - Tommy has gone away for the weekend with his buddy, gone to the movies with his buddies and just going out in general - has been doing FABULOUS!!! He started school last Monday - no Vomiting!!  Still a bit nervous - but has been doing fine- even on the Bus!!! I can not thank you enough - honestly and sincerely, Tommy has done a complete turn around due to the sessions he has had with you. He still listens to your tape every night and it helps him get through each day! Again - thank you so very much.  Please use this email as testimony for any who may be doubtfully..you are great! Sincerely, Winnie L, Warwick, RI  ”