You are here: Home / Procrastination 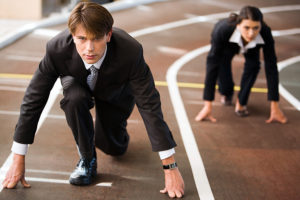 Try Anti-Procrastination Hypnosis
for a Change

Before we go any further, let me point out that not all procrastination is bad. Actually it can be very wise to put off some things till tomorrow. Take worry. Or rash actions.
You see….

Good procrastination is like good cholesterol:
we all need a healthy level.

When it comes to worry, adopting Scarlet O’Hara’s “I will think about that tomorrow” philosophy can help you live longer and more serenely. You can use the energy you save by not indulging in senseless worry to make plans or take constructive action. And we have all heard that at least 90% of the things we worry about never happen. So why not put off worrying for as long as you can?

Procrastination is also a good policy when it comes to reacting to imagined or actual insults, threats or slights. Restraint of tongue and pen is a virtue. Its practice would stop a lot of disagreements from escalating into warfare if universally applied. You will never regret waiting a day to mail a nasty note to people who have annoyed you, or before sending an angry e-mail or making a harassing telephone call.

Then there is decision making in general. Snap decisions and impulse purchases box us into corners we then have to struggle to escape. Judicious procrastination when it comes to making up our minds can be very beneficial. I am talking about decisions such as signing time share contracts in real estate agents’ office; quitting jobs because you were passed over for promotion; breaking up with a girlfriend/boyfriend/wife/husband because they may have done something they shouldn’t (or didn’t do something they should have); buying a fixer-upper car/boat/house, buying anything from a TV infomercial, and the list goes on. And everyone has had at least one e-mail they realized they shouldn”t send…after they sent it.

These start holiday shopping the day after the previous year’s holiday. They adore post-holiday sales and relish getting greeting cards at half price. They like to get things done long before they are due. The rest of us smile indulgently as they jump the gun. But we also envy them for their foresight.

The second group gets things done on time with varying degrees of urgency and stress. Most people fall in this category.

Our focus today is on these folks: people who suffer from procrastination. Holidays are particularly troublesome for them. They are the sad souls you’ll see frantically looking for the perfect gift at any store that they can find open late Christmas Eve.  They don’t even think about doing anything until almost too late. All of us have some procrastination tendencies. But the Chronic Procrastinator makes it a lifestyle. The procrastination habit has them in its control and is in no hurry to let go.

A procrastinator sub species might be called Postcrastinators. They are so deeply into the procrastination habit that they simply ignore deadlines and due dates. They are apt to gift-wrap an “I-O-U a- Present” card as to show up with a present.

If the motto of the Precrastinator is “never put off till tomorrow anything you can do today.” the Postcrastinator’s battle cry is a variation of the old Nike slogan, “Just do it.” Only for them is “Just don’t do it. Maybe it will go away.”

What category do you belong to? It’s easy to figure it out, especially around the holidays. Try this foolproof test. Ask yourself these simple questions. Do you complete your holiday shopping before December 1st? The night of December 24th? Or, worst yet, sometime mid-March of them following year?

Figure out your category yet? Not sure? Then take the Tax Test. Ask yourself how you are about filing income taxes. Do you mail competed forms to IRS in time to get your refund before most people have picked up the blanks at the Post Office? Do yours go out on the night of April 15th? After the first “automatic extension”? After the second extension? Or are you are still planning to get around to your 2001 taxes?

What you give up for procrastination

The type of procrastination that is harmful is ironically designed to avoid pain or discomfort. The procrastinator puts off unpleasant, difficult, or risky tasks and decisions that need to be completed to support his or her life and well being.

In its mild forms, procrastination is an annoyance. We laugh it off as a personal quirk. However, at its extreme, procrastination robs people of accomplishment, peace of mind, money, self-esteem and satisfying relationships. Procrastination can cause people to literally lose their jobs, endanger their health, ruin their relationships and sabotage their chances at success.

How do you know if your procrastination habit
is a major problem?

Just look at the consequences of procrastination in your life.

As you start adding the cost of procrastination, you will see obvious costs like library and video stores fines; tax penalties for late filing, credit card fines are just the tip of the iceberg.  Consider the health cost of delayed medical/dental checkups and procedures. Think about the loss to your
relationships of making promises that you don’t keep. Take into account your unrealized dreams. The career that never quite gets launched. The investment property you never quite got around to buying. The college degree that never quite gets finished. The vacation you are going to take the family on…someday.

What you get from procrastination

In their book Procrastination: Why You Do It, What to Do about It, authors Jane B. Burka and Lenora M. Yuen  hypothesize a procrastinator uses procrastination to protect his or her “fragile sense of self-worth”. Procrastination becomes a way of avoiding being judged, controlled or rejected.

Its roots can be seen in a procrastinator’s childhood “programming” and beliefs. Consider the types of comments that children hear and internalize from the proverbial “If it’s worth doing it is worth doing right” to the downright vicious “Why can’ you do anything right?” attitude.

The procrastinator wants to be independent of others because he or she is afraid of losing control or being rejected. The procrastinator avoids putting him or her self in positions where they can be judged. Incomplete projects, for example, are a perfect way of avoiding judgement and rejection. Who is to say whether an unfinished book is a Masterpiece or not if no one sees it? A procrastinator wants to avoid this risk and postpones sending it out preferring to keep the illusion of success. He or she doesn’t take the course that could lead to a better job. So they have no chance of failing and can daydream about their certain success.

Procrastination also buys leisure as the fable of the ant and the grasshopper illustrates. The ant works hard in the summer to assure a secure, comfortable winter. The grasshopper fideles away the summer with the hope that someone will take care of him or some other miracle will occur when the days start getting shorter.

Procrastination’s rewards are a temporary respite from anxiety, effort, risk and stress. The long-term costs are self-expression, health (financial and physical), satisfaction, love and self-respect.

How hypnosis can help procrastinators get in action

Hypnosis can address and help you correct the issues that have been holding you back and slowing you down. You be hypnotically guided to instinctively break big projects down into small steps and then to handle them one at a time. It will help you create a new image of yourself as someone who gets things done, an image that will become your new reality.

The first step is to take a step TODAY. Not tomorrow. Right now. Even if it is only downloading this article out and taping it somewhere you will see it tomorrow. I have had chronic procrastinators tell me it took them four years before they called me. Four years knowing the procrastination habit was destroying their lives, holding them back from accomplishment and satisfaction, and yet they delayed. If you think you want to do this, please call 401-374-1890 right ow, regardless of the time. And start the ball rolling.