You are here: Home / Hypnosis for Gastrointestinal Problems 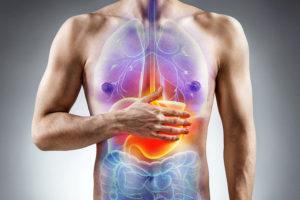 Our stomachs and intestinal systems are like a second brain – it isn’t the seat of consciousness, but it does respond to hypnosis

This “second brain” contains some 100 million neurons, more than in either the spinal cord or the peripheral nervous system.

This multitude of neurons in the enteric nervous system enables us to “feel” what is going on in the inner world of our gut.

Think of the phrases we commonly use:

And hypnosis can influence this “second brain” as effectively as any other neurological process.

At least 60,000,000 Americans suffer from heartburn – sometimes the medicines work – sometimes not so well. Recently medical doctors have been turning to complementary approaches like hypnotism. This short NBC news broadcast shows why instead of reaching for TUMS you might consider hypnosis instead or in addition.

Click below for a recent NBC News Broadcast on heartburn and hypnosis. 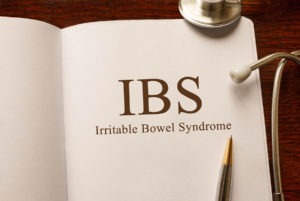 Irritable Bowel Syndrome (IBS) is a medical condition and a complex set of gastrointestinal symptoms – it may effect as many as 20% of the population in  the United States.  Symptoms include cramping, diarrhea (or constipation),  pain, and bloating. Over 60% of sufferers are women. IBS is actually the second likely reason reported for missed  days at work.

Physicians will tell you they don’t know the causes of IBS: but they do know that IBS  can be aggravated by stress. and that there are some anatomical changes in the lining of the colon and to the nervous system of the colon associated with the condition. Diet can also influence IBS. Those who suffer from IBS know it is far more than a nuisance and can negatively impact quality of life.

The good news is that IBS symptoms respond to hypnosis.

And they often respond dramatically. Research is plentiful and convincing. It is so convincing that a leading health leader (Dr Adriane Fugh-Berman, MD, chair of the National Women’s Health Network) has stated that “hypnosis should be the treatment of choice for all severe cases of IBS.”

Here is an abstract from a study of the literature on IBS and Hypnosis published in 2015:

Hypnosis Treatment of Gastrointestinal Disorders: A Comprehensive Review of the Empirical Evidence by Olafur S. Paalsson

American Journal of Clinical Hypnosis  – Pages 134-158 | Published online: 11 Aug 2015
“Hypnotherapy has been investigated for 30 years as a treatment for gastrointestinal (GI) disorders. There are presently 35 studies in the published empirical literature, including 17 randomized controlled trials (RCTs) that have assessed clinical outcomes of such treatment. This body of research is reviewed comprehensively in this article. Twenty-four of the studies have tested hypnotherapy for adult irritable bowel syndrome (IBS) and 5 have focused on IBS or abdominal pain in children. All IBS hypnotherapy studies have reported significant improvement in gastrointestinal symptoms, and 7 out of 10 RCTs in adults and all 3 RCTs in pediatric patient samples found superior outcomes for hypnosis compared to control groups. Collectively this body of research shows unequivocally that for both adults and children with IBS, hypnosis treatment is highly efficacious in reducing bowel symptoms and can offer lasting and substantial symptom relief for a large proportion of patients who do not respond adequately to usual medical treatment approaches. For other GI disorders the evidence is more limited, but preliminary indications of therapeutic potential can be seen in the single randomized controlled trials published to date on hypnotherapy for functional dyspepsia, functional chest pain, and ulcerative colitis. Further controlled hypnotherapy trials in those three disorders should be a high priority. The mechanisms underlying the impact of hypnosis on GI problems are still unclear, but findings from a number of studies suggest that they involve both modulation of gut functioning and changes in the brain’s handling of sensory signals from the GI tract.

I have had the privilege of working with cancer patients in the complementary care program at Women and Infants often getting great results helping them reduce anticipatory nausea with self-hypnosis. Here is a recent abstract of a study reviewing research on hypnosis’ effectiveness in this area:

Hypnosis for nausea and vomiting in cancer chemotherapy: a systematic review
of the research evidence by Dr. Janet Richardson

“To systematically review the research evidence on the effectiveness of hypnosis for cancer chemotherapy-induced nausea and vomiting (CINV). A compre-hensive search of major biomedical databases including MEDLINE, EMBASE, ClNAHL, PsycINFO and the Cochrane Library was conducted. Specialist complementary and alternative medicine databases were searched and efforts were made to identify unpublished and ongoing research. Citations were included from the databases’ inception to March 2005. Randomized controlled trials (RCTs) were appraised and meta-analysis undertaken. Clinical commentaries were obtained. Six RCTs evaluating the effectiveness of hypnosis in CINV were found. In five of these studies the participants were children. Studies report positive results including statistically significant reductions in anticipatory and CINV. Meta-analysis revealed a large effect size of hypnotic treatment when compared with treatment as usual, and the effect was at least as large as that of cognitive–behavioural therapy. Meta-analysis has demonstrated that hypnosis could be a clinically valuable intervention for anticipatory and CINV in children with cancer. Further research into the effectiveness, acceptance and feasibility of hypnosis in CINV, particularly in adults, is suggested. Future studies should assess suggestibility and provide full details of the hypnotic intervention.

Please keep in mind that a hypnotist must work in coordination with your doctor if you have a diagnosed medical condition – We don’t treat conditions, diagnose or prescribe medicines or treatments – however most physicians are open to hypnotic coaching and self-hypnosis for stress reduction and support in overcoming gastrointestinal problems as a complement to their medical treatment.