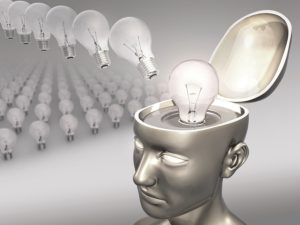 Far more than you need to know about hypnosis, hypnotherapy and hypnotism to make the personal changes you want

As a hypnotist and hypnotic coach (we don’t use the term hypnotherapist anymore), I help people change their lives by gaining control of their unconscious mind. Everyday I see miracles. People come to me as smokers, they leave as non-smokers. They free themselves from fears and destructive habits that have troubled them for a lifetime. They lose weight and gain confidence. They say things like, “I am not the same man (or woman) who walked in here an hour ago.”

So, just what does a certified hypnotist,  HypnoCoach or Hypnotic Coach, actually do to make these changes? And how can hypnotism work for you?

Hypnosis is a paradoxical experience that is difficult to describe. You are not asleep, yet hypnosis has similarities with sleep. You are highly focused, yet your mind seems to drift. You may be aware of everything, or you may “wake up” with no memory whatsoever of the session. My favorite is a client who I brought back to normal consciousness after a 40-minute session who looked at me somewhat impatiently and asked, “Well, when are you going to start?” Now this client was an extreme case of somnambulism. Her story is not typical. A somnambulist is someone who can enter the deepest stage of hypnosis very quickly, often with complete amnesia. About 20% of people fall into this category. It is important to know that everyone of normal intelligence can be hypnotized. I have never had a failure in my practice. And somnambulism is not necessary for outstanding results. Your experience and your results will depend on a combination of many factors.

You don’t have to understand how hypnosis works, or even what it is, to benefit from its power. But you should know that hypnosis does work and works quite well for many issues. Hypnosis is a natural, safe, powerful tool that can allow you to make important and lasting changes in your attitudes, emotions and behaviors. It is most commonly defined as “an altered state of consciousness resembling sleep in which the subject’s susceptibility to suggestion is increased.” You might say hypnotherapy is a way to reprogram your cognitive software.

Think of hypnotism as mental reprogramming.

Let us take a typical example how hypnosis can make an important change in a person’s inner-programming. A client comes to hypnotherapy complaining about a vague feeling of inadequacy and a chronic problem of dealing with authority. She/he just can’t seem to follow orders at work. As a result, the client has lost yet one more job. And, this time she/he is fed up and has come to a hypnotherapist to make a change.

Under hypnotic regression, the client is often able to get to the root cause of the problem. In this case (as in most every case), let us say the problem began in childhood.

Imagine the client as a five-year-old boy or girl. Her/his mother/father says, “Please put your toys away.” Simple enough. But the parent is having a bad day. Maybe she/he has just learned that their income tax is about to be audited by the IRS…or their mother-in-law is coming to live with them for “just a few weeks.” Or, maybe the parent is emotionally ill or under the influence of alcohol or another drug. For whatever reason, mom/dad is on edge when returning to check up on our little five-year-old half an hour later. The toys are still spread all over the floor and the already upset parent “loses” her/his temper. A frighteningly out-of-control parent slaps the child on the hand and says in a very stern, angry, not-at-all loving voice, “What is the matter with you? You are a bad girl/boy. Why can’t you ever do anything you are told?”

Sadly, the way people are created, when MOMMY/DADDY, the great authority figure, source of all comfort and security, says that there is something the matter with you, that you are bad and you can’t ever do what you are told, you or I become a believer. We internalize these ideas (be they positive or destructive) and literally become them.

Incidentally, another way beliefs slip into our unconscious is through repetition. After hearing the same message over and over (or acting in a repetitive way), the Conscious Mind stops paying attention to the thought or behavior. It becomes a part of us. We become what we think or do repeatedly.

Whichever way, or combination of ways, a person, acquires these self-limiting (or empowering beliefs…the mechanism is the same) core beliefs, they influence future thinking/emotions and behavior and reinforce themselves through confirming feedback.

So, though our now grown-up five-year-old is sick and tired of feeling negative self-worth and extreme resistance to any authority figure from bosses to spouses, these beliefs are too deeply ingrained to do much about.

Our grownup five-year-old (still a five-year-old at heart) can try to consciously change this belief through counseling or use of positive affirmations, but often nothing seems to work, at least as quickly as we would like. This is because at a deep, unconscious level, the individual KNOWS that she/he is bad and can’t do anything someone tells her/him to do.

“Don’t confuse me with the facts” is
the unconscious mind’s favorite motto.

The problem is a familiar one to any human who has tried to make fundamental changes. The Unconscious Mind only believes information that is consistent with what it has previously accepted as a core belief. It rejects any information the conscious mind presents to it that contradicts a belief it adopted at an earlier age, or one that holds more emotional energy.

However, it does believe anything a hypnotist tells it while under hypnotic trance. This is the wonderful “magic” of hypnotherapy. During trance, the Conscious Mind is temporarily disabled. The hypnotist’s voice and ideas take the place of the client’s conscious.

Since these thoughts seem to come from “outside” the mental system, the Unconscious assumes they are true. Old beliefs adopted in childhood are replaced with new, positive beliefs consciously chosen by a grown-up after careful consideration. Transformations are achieved literally without effort. In this case, the hypnotherapist tells the unconscious mind that she/he is good, fundamentally worthy and someone who can follow directions easily, effortlessly and successfully when appropriate. The Unconscious accepts this “fact”. And another major life change is achieved.

Hypnosis gives you the power to “change your mind”

Hypnotherapy restores the ability we all have to choose out thoughts, beliefs and behaviors and allows us to “update” the self we formed by the age of 10 or so. Hypnotherapy is collaboration between you and your hypnotherapist that follows a simple format.

First, I will help you decide what you want to accomplish in terms as specific as possible. Then, we will develop a plan on how you will achieve your goals.

Once you have a plan then I will guide you into a trance state during which I will program in new, positive thoughts without interference from any previously held beliefs that were blocking your success.

Finally, it is up to you to incorporate this new behavior/belief into your life. It will become a part of you as solid and seemingly real as your former beliefs had seemed.

The results often seem miraculous. But hypnosis, hypnotic coaching and hypnotherapy use a natural human ability we all possess. All we have to do is claim it and be willing to have it work for us.