You are here: Home / Independence from Addiction 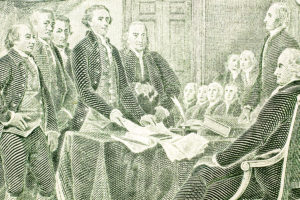 How to Declare Independence from Any Destructive Habit

As we celebrate our nation’s independence, it might be wise to let the spirit of the holiday inspire us to claim our freedom from addiction: the habits that enslave us.

If you look closely, you will see that national and personal freedom have some interesting parallels.

To begin with, the Declaration of Independence was not a spur of the moment decision. As its text points out “mankind are more disposed to suffer, while evils are sufferable, than to right themselves by abolishing the forms to which they are accustomed.”  With the “Intolerable Acts” and other abuses, the colonial leaders gradually came to believe that the evils of British rule had become insufferable. Only then did they give up trying to compromise (get out of denial) and become open to the idea of revolution.

Any important change requires a strong emotional commitment. A person must accept the unacceptability of the habit – become sick and tired of it. They must also be willing to do something about it. Occasionally, I see people in my practice who think they should quit smoking, stop drinking, start exercising or make any of a dozen other habit changes without this gift of desperation. They aren’t happy about the problem. But they are not ready to do something about it. Like the loyalists during the revolution, they cling to their habit as a comforter, friend or just part of the way they are. No one makes a significant change in their life because other people think they should. We must be the ones to take a stand for our own health and well-being.  The colonists had to do it for themselves. So do we.

A distinguishing feature of the US Declaration of Independence is that it not only ended something (British rule), but also introduced a new idea into world consciousness. The Patriots weren’t only fighting for an end to abusive domination by men in red coats from across the ocean; they were fighting for an ideal. This added dimension made the American Revolution a cause worth dying and living for.

Your Personal Declaration of Independence Statement

It is very important when starting a personal revolution that you develop this added dimension. You don’t want to just quit something. You want to see yourself as becoming something new and better.

No matter how much pain a habit causes us we will stick with the addiction as long as it doesn’t hurt too badly. This is why recovery fellowships, therapists and other coaches help people substitute new behaviors and rewards for the addiction.

The colonial leaders had reached a point in the mid 1770s where they felt that (in Rhode Island terms) enough was enough.  They left no room for ambiguity when they declared “That these colonies are, and of Right ought to be Free and Independent States: that they are Absolved from all Allegiance to the British Crown and that all political connection between them and the State of Great Britain is and ought to be totally dissolved.”

Personal Independence Starts When You Declare It

Freeing oneself from an addiction begins with a similar bold declaration that the person has gone to war with the habit and intends to separate from it absolutely. Those who reserve a way back have a much harder road than those who simply say “I am through with this. I no longer want this addiction (habit) in my life.”  Smokers who understand that one cigarette will likely get them hooked again, save themselves the trouble of reaching new, lower bottoms. The over-eater who allows himself or herself little treats whenever life seems too bleak or demanding has already lost the battle. The alcoholic who accepts that one drink is too much and a thousand is not enough is on the road to recovery. It is just a matter of time before they are back where they started.

It is interesting that we celebrate July 4th, 1776 as our national Independence Day rather than when the date in 1783 when the Treaty of Paris was signed and Britain formally conceded America’s independence. On July 4, 1776 America was definitely not free of British domination.  But, in a very real sense, The United States Independence did begin that July 4th. Because we declared ourselves free, in a sense we were free. True, it required effort and perseverance to make our freedom a practical reality. Yet from this point onward we were a nation.

The power of a declaration is that it stands on its own without evidence. When a person declares himself or herself a non-smoker, their friends and family adopt a “wait and see” attitude.

There may still be a world of repercussions from the active addictions. Bills unpaid. Health problems. Legal issues. Personal relations damaged.  But by taking steps and persevering, reality eventually gets in step with the change. Coaches,

Are You Ready to Be Free?

Have you reached a point in your life where you are no longer willing to pay the price for a habit or an addiction? The first step is to accept the intolerable nature of your condition. Declare yourself free – that you can’t go on another day the way you were. Then get help. The United States didn’t gain independence without substantial assistance from both Spain and France. It made us no less independent that we had allies. Nor will it make you any less independent of your habits to work with a professional, join a group, or just enlist the help of a close friend or a Higher Power.

And please continue to celebrate your independence. Habits have a way of sneaking back when we least expect it. Just as the British decided to try to regain their “colonies” in 1812, addictions lie in wait looking for a moment of weakness. In the recovery world, they call these backward steps relapses. Be grateful for the change and be vigilant for any threats against your independence. Get it right and you can look forward to happy Independence Days in the years to come.

Yes, there will be some work. But no revolution was ever won without a little struggle at first. Give me a call if you would like an ally in the fight or click the links below: