You are here: Home / Your Brain on Hypnosis

A Stanford University study in 2016 demonstrated a significant difference in brain activity while a person is “in” hypnosis versus ordinary consciousness. It reported on observations of the brains of 57 people under hypnosis (including a control group). The technique was functional magnetic resonance imaging: it actually gives science a look at what happens physically during the subject state of a hypnotic trance. MRI measures brain activity by detecting changes in blood flow and the results are considered significant in validating hypnotism as a real, measurable phenomenon.

The researchers found that there were at least three parts of the subject’s brains were effected during hypnosis: 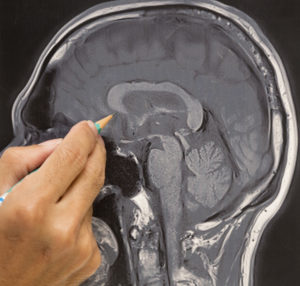 This is the part of the brain that takes the information from our senses and decides which is the most important. By decreasing activity in this area, you are less concerned about the outside world and more focused on your internal world.

This is the connection in the brain that helps process and control what is going on with the body.

This “disconnect” partially explains why during a hypnosis show a person can be doing some pretty silly and not be embarrassed. The subjects’s brain’s awareness (consciousness) is disconnected from what they are actually doing.

The Experience of Hypnosis: What to Expect

As you might imagine, I will not be doing a MRI scan of your brain during hypnosis. How do you know you are in a separate state? It will be your subjective experience of the session, though I will also be observing you for certain physical signs, but much more important it will be that the changes we are working on together show up in your life – you quit smoking, better handle stresses, break old habits and make other changes that are important to you.

The experience of being hypnotized itself usually includes some or all of the following: feeling of relaxation and disassociation, heaviness or lightness, time compression or expansion, physical sensations such as tingling or numbness, partial amnesia (certain things are forgotten like waking from a dream and the memory quickly fading), euphoria or deep mental relaxation, hallucinations including colors and scents. There are also observable measurements of hypnotism such as catalepsy of eye muscles or even limbs.

Bottom-line? You can expect a pleasurable, relaxing experience. But the reason people come to a hypnotist is to experience the benefits of post-hypnotic suggestion – to effect positive changes in the way you think, act or feel.

But the ultimate proof is that you get the results you came for – turning your goals and dreams into your realities.